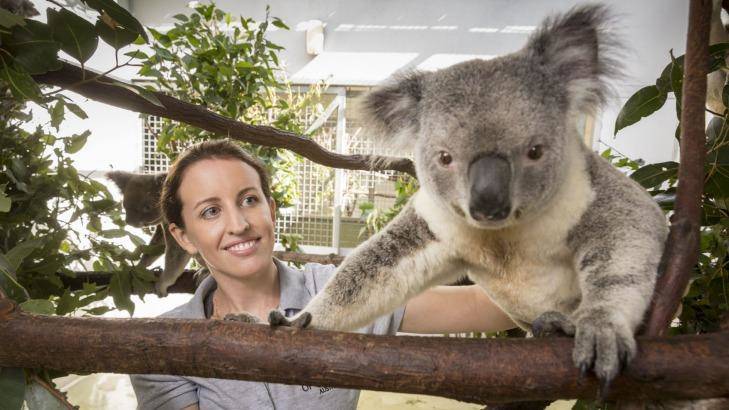 Bridie has been working to increase the genetic pool of koalas in south-east Queensland to help them populate. Photo: Glenn Hunt 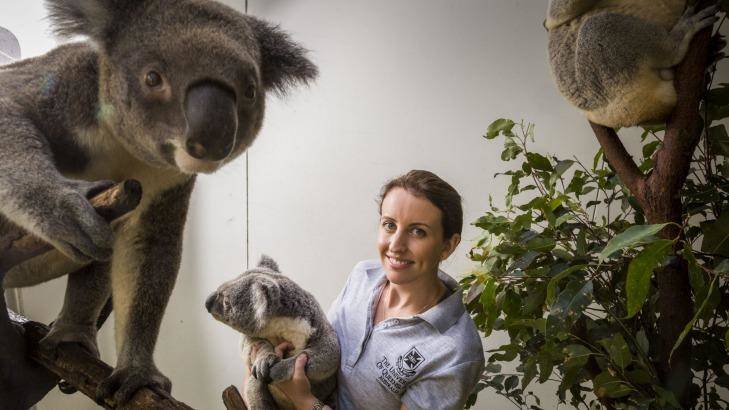 Bridie Schultz with Romeo the koala and other captive koalas at Dreamworld. Photo: Glenn Hunt 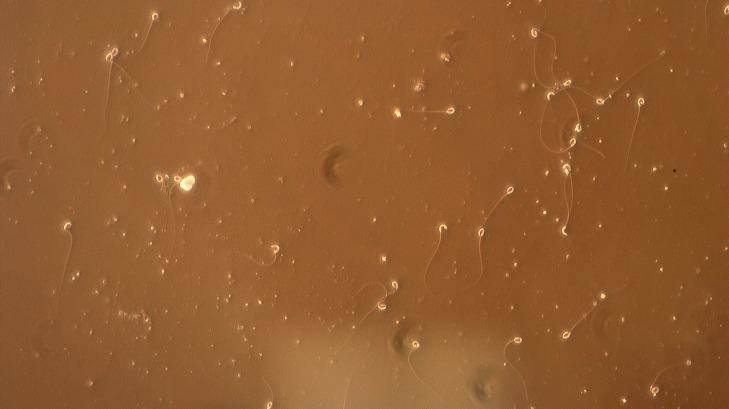 Ms Schultz collected sperm samples from Romeo after his operation to test their condition. Photo: Supplied

A koala expert has been extracting sperm from dead koalas in a bid to help boost dire koala populations across south-east Queensland.

"If you start to get inbreeding in a population, the boys' sperm quality goes down a lot, the females become more subject to disease and basically the reproductive capability of the population goes with it," Ms Schultz said.

"Although Australia in general has a good koala population, in south-east Queensland we have the last population of the northern variation of the koala.

Ms Schultz works in conjunction with the government through the Department of Environment and Heritage Protection and Moggill Koala Hospital to collect sperm samples.

"Over 400 koalas a year are euthanised due to dog attacks, disease and car hits so obviously part of government procedure is that these koalas need to be euthanised.

"Now I am able to actually help maintain the genetic variation of those animals rather than it being lost like they normally would be."

Ms Schultz said she had so far extracted healthy sperm from about 30 dead koalas.

"I played around one day to see if I could get the sperm out of a dead koala to access a larger range of genetic variation and I was successful with it which was pretty cool, it had never been done before so that was pretty wicked," she said.

"It is not extremely complicated, I use the same methods they use in labs with mice and rats to extract sperm from them for research.

"You grind up the epididymis, which is the part of the testicle where the sperm is, then you incubate it at the temperature of the koala's body and you wait for the sperm to swim out of the tissue."

"When you are working with wild koalas, I am not going to go into the wild and just take them out of their habitat because that is just completely unethical but because I can access koalas in their captive facilities, those koalas can act as a genetic reservoir for the species," Ms Schultz said.

"At the moment I have been transferring wild males into captive females but because they are half-captive babies, they are not eligible for release."

However during breeding season last year the koala sperm expert was able to impregnate a wild female koala in a captive situation.

This procedure was a world first and Ms Schultz hoped during this year's breeding season, which starts in August, she would be successful in inseminating a wild female koala with wild male sperm.

"Any progeny from that can be released," she said.

The PhD candidate also checks on the reproductive systems of captive koalas to make sure each koala has a genetic representation and said a koala named Romeo was one of her most memorable patients.

"He had genetics that weren't in that captive population because they hadn't been successful in mating with him, they didn't know why he wasn't making babies until I told them what the problem was," she said.

"He had spermatic granuloma - something commonly seen in men who have vasectomy - it is basically a blockage of the pipes that go from testes to penis."

Ms Schultz said she diagnosed his condition after noticing his testicles were the "wrong shape".

"I investigated that further, I tried to collect semen from him and there was seminal fluid but absolutely no sperm in it and given his age and health status, he should have had sperm," she said.

"It (spermatic granuloma) had never been found in a marsupial before, there was no literature on it so it took a while for us to try and identify what we were looking at but once we worked it out we went in and removed the blockage.

"On the 10th month of semen sampling, I found that he had sperm and it was great quality, it was swimming really fast and so because they found out he could now be used in a breeding program.

"The first time he was mated he produced a joey.

"If we hadn't of gone in and fixed that blockage it wouldn't have killed him or affected his health, he just would never have been able to have children."

With the state government's recent announcement for $12.1 million funding over four years for koala protection, Ms Schultz said those in charge of allocating funds needed to being aware of the damaging effects of inbreeding.

"Where I fit in with everyone else's research is that obviously it is imperative that we maintain habitats but what I do is help those koalas to have the ability to come back," she said.

"At the moment koala reproduction is not in the spotlight with regards to what needs to happen to save koalas," she said.

"A vital aspect to their survival is their ability to reproduce."