A FORMER Redlands MP, forensic odontologist and conservationist are among seven Redlands residents to be named in the Queen's Birthday Order of Australia Honours List.

Cleveland resident Associate Professor Alexander Forrest - who has helped identify victims of disasters like the terrorist bombings - is one of just 69 people across the country to be appointed an Officer of the Order (AO).

Former Redlands MP and Queensland attorney-general Paul Clauson, also of Cleveland, has been appointed a Member of the Order (AM) for significant service to the law and the Queensland people and Parliament.

Across Australia, 317 people have been appointed Members of the Order, while 591 were awarded Medals.

Governor-General Sir Peter Cosgrove said those on the list had made an enormous contribution to their communities and the nation and deserved thanks and admiration and to be celebrated.

"These awards are our opportunity to say to fellow Australians, 'thank you - without you and your tireless service we wouldn't be the community or nation that we are'," Sir Cosgrove said.

"Some names on today's list are well known. Many more are known only to those they help and serve day-in-day-out. They are all wonderful people and are all worthy of recognition and celebration.

"My entire career has been a question of making every mistake you can possibly make, learning the lessons and then discovering people in other countries and other states are doing the same," Dr Forrest said.

He helped identify victims of the first Bali terrorist bombing, the 2009 Kokoda air crash and the 1996 Blackhawk helicopter crash in Townsville.

He said part of his job was to offer people closure after they lost a loved one.

"If we've got a person who hasn't been identified, they can't be released to the family," he said.

"Our job is to send people home and to send them home definitively."

He has been involved in forensic science, forensic odontology, anatomy and oral surgery programs at Griffith University and the University of Queensland and presented courses on disaster victim identification for the Australian Dental Association.

Dr Forrest is the director of forensic odontology at Health Support Queensland, Forensic and Scientific Services, and a Fellow of the International College of Dentists and the Faculty of Oral and Maxillofacial Pathology and Forensic Odontology at the Royal College of Pathologists Australia.

He said his colleagues in the field had been instrumental in his achievements. RECOGNISED: Former MP Paul Clauson has been appointed an AM for his service to the law and Queensland Parliament.

FORMER Redlands MP from 1985 to 1989, Paul Clauson has been appointed a Member of the Order.

Mr Clauson was the heritage and arts and corrective services minister in 1989, and justice minister and attorney-general from 1986 to 1989.

He was involved in legislative reforms like those around Queensland's needle and syringe program and the rental bond authority.

As the attorney-general, he played an important role in the Fitzgerald Inquiry into police corruption.

He was the executive director of the Infrastructure Association of Queensland and is a senior member of the Administrative Appeals Tribunal.

Mr Clauson has owned a legal practice and been a commissioner for the Queensland Legal Services Commission.

Mr Clauson said he was humbled and proud to be recognised on the Queen's Birthday Honours List.

"You go through life thinking it's all part of the routine but in reality, you're doing things that people admire," he said.

He said some of his most rewarding career moments had come while working with students at Bond University, where he was a professor in the school of sustainable development.

ON THE LIST: Louise Saunders was awarded an OAM for her service to wildlife conservation and the visual arts.

CLEVELAND resident Louise Saunders, who spent two decades rescuing and caring for flying foxes has been awarded a Medal of the Order of Australia.

Ms Saunders was recognised for her service to both wildlife conservation and the visual arts.

She said the conservation work had been difficult but rewarding.

"You can't not be passionate about them because you get to know them so intimately when you're painting them," Ms Saunders said.

"An extreme heat event in 2014 wiped out a lot of flying foxes and that was really hard to deal with (but) I think to give is really important ... and my way has always been the environment."

Ms Saunders is vice-president of the Queensland Wildlife Artists Society among a number of other botanical and natural science illustration societies.

She founded the Friends of the Black Swamp Bushcare Group in 1995 and Bat Conservation and Rescue Queensland.

Since illustrating for scientific guides and publications on bats, Ms Saunders has taught art and natural history at institutions including for the Coochie Art Group. 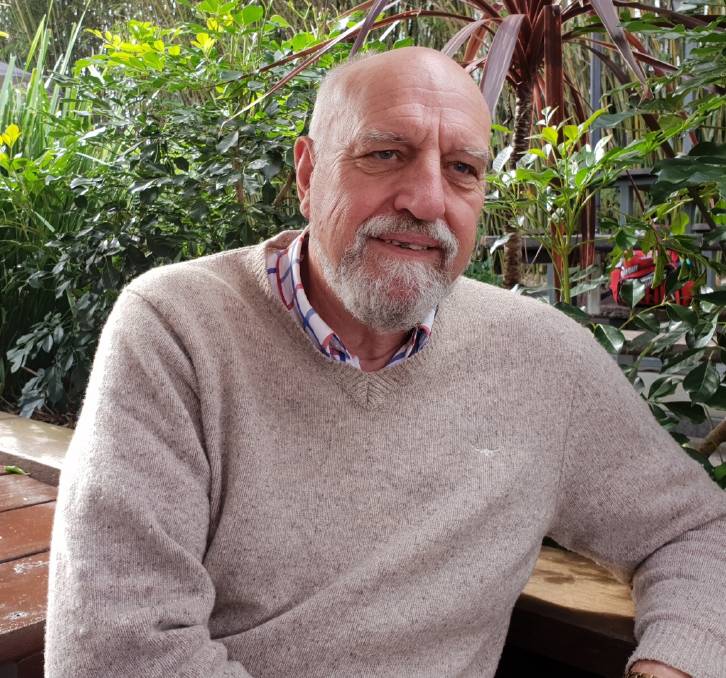 LOCAL: Col Sutcliffe was awarded an OAM for service to Capalaba and education.

CAPALABA Rotary Club director and past president Col Sutcliffe has a passion for early years literacy that has seen him take on positions like literacy chairman for Rotary District 9630 since 2015.

He has held positions with Mangrove Housing Association, Star Community Services and the Smith Family.

While Mr Sutcliffe was humbled by the OAM recognition, he first thought the email notification was a scam.

"It is really an acknowledgement of family and colleagues too," he said. "I have not been in any position by myself. It was always as part of a team." 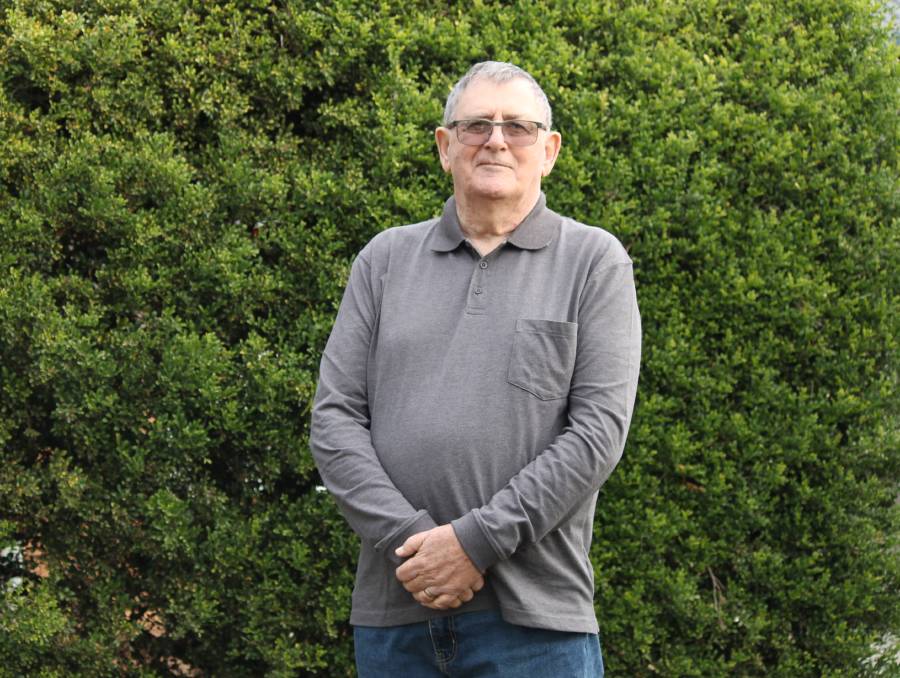 SERVICE: James (Jim) Gable, of Capalaba, has been recognised for his service to veterans and their families.

"It has been very rewarding," he said.

Mr Gable said he was not well after leaving the Air Force and realised there were veterans that were in a worse situation than he had been.

"I thought they might need more help than I had received," he said.

The Redland resident since 1975 has been secretary and treasurer of Airfield Defence Association Australia since 1992 and editor of organisation's publication The Blue Beret.

Mr Gable served as president, secretary and treasurer for the Cannon Hill District and Vietnam Services Sub-Branch of the RSL. LIFESAVER: Cleveland's Wayne Cole has been awarded an OAM for service to surf life saving.

WAYNE Cole has held 24 positions at the Point Lookout Surf Life Saving Club since he joined 50 years ago.

As an 18-year-old Birkdale resident, Mr Cole became hooked when he volunteered as a pretend patient for the North Stradbroke Island lifesavers.

Being a remote club there were plenty of adventures for members.

"The winter was the best time," he said. "We would stay at the surf club and get up to all sorts of mischief.

Mr Cole said volunteering was important and giving back to the community had become an obsession.

Mr Cole said he had volunteered for Surf Life Saving Queensland and the national body, worked with nippers and done lifesaving examinations since 1976.

Mr Cole said he was dumbfounded that he had been awarded an OAM. RECOGNISED: William (Bill) Corten has been awarded an OAM for his service to the maritime recreation industry.

RECREATIONAL boating and fishing having been a big part of Bill Corten's life.

The Ormiston resident worked for Maritime Safety Queensland until retiring in 2007 and still offers training in coastal bar crossing and off-shore boating and fishing.

Mr Corten has been involved in many maritime-related groups, championing the issues of recreational boaters and fishers.

He has written for Bush 'n' Beach fishing magazine since 1992 and ran the Fishing Expo Program and the Tinnie and Tackle Show at the Brisbane Boat Show from 2000 to 2012.

Mr Corten, who has lived in the Redlands since 1990, said he was surprised and overwhelmed to be awarded an OAM.

Anyone can nominate any Australian for an award in the Order of Australia at gg.gov.au.