Skip to navigationSkip to contentSkip to footer

Planning ahead: Marjorie Jones of Sydney is leaving a gift in her will to MS Ltd.

Sydney retiree Marjorie Jones, 92, is among a growing number of Australians leaving some of their estate to charity.

Once loved ones are provided for after she dies, Multiple Sclerosis Limited (MS Ltd) will receive a portion of her estate.

Marjorie's choice of MS Ltd comes decades after her first husband John was diagnosed with multiple sclerosis in the 1960s. It was a difficult time for both.

"I didn't receive any financial help or other assistance, though I wish I had. That was government policy then," recalled the former social worker.

"Eventually, I was able to take six months long service leave to be with John. I'm grateful that I was with him at the time of his death in 1972."

Living through that time gave Marjorie a deep understanding of the challenges people living with multiple sclerosis face. As a social worker, she also saw it with her clients and later with a niece who developed the condition.

"I learned how informed, caring and expert support can make a huge difference to the whole family," she said.

Marjorie's personal experience guided her decision to support MS Ltd with a charitable gift because she "doesn't want people to face this condition alone."

Marjorie was commenting ahead of Include a Charity Week (7-13 September), a social movement by 80+ charities to build awareness of the importance of gifts in wills to their work. Interestingly, while more than 80 per cent of Australians donate during their lifetime, just 11 per cent of donors over the age of 55 have included a charitable bequest.

Include a Charity director Helen Merrick said the September public awareness campaign aimed to build understanding of the valuable work gifts in wills can enable charities to achieve for the community and society overall.

"There's a giving gulf around charitable gifts because people are sometimes nervous about will writing and often want to get it over with," said Helen. "So, they never consider a charity or don't realise they can.

"There's also a myth that you must be wealthy to leave a gift. It isn't true. Any gift, big or small, can be transformational to the work a charity does with its community. Additionally, many solicitors never ask their clients if they want to consider a gift to their favourite charities, something Include a Charity is working to change."

Walked in their shoes

For those including charities, sometimes the reason to leave a legacy is deeply personal. Newcastle's John Rostas, 70, is leaving a bequest to Australia for UNHCR, the national partner for the UN Refugee Agency's vital work supporting refugees. That's because he was once a refugee himself.

John and his family fled the violence following the failed Hungarian Uprising of 1956 against the Soviet Union. They spent a month in a crowded refugee camp in Italy. Fortunately, an uncle sent them money so they could leave the camp and live in the community until they received their immigration permits for Australia. But as they waited for permission to migrate, their three-month visas were about to expire, and the government threatened to deport them back to Hungary. Fortunately, an Italian friend of his father introduced them to a colleague who worked for the United Nations.

"We were issued with United Nations Stateless Refugee Passports to allow us to remain in Italy. Eventually, once the permission to migrate had been received, we boarded a ship in Genoa and arrived in Australia as stateless refugees," explained John.

He vividly recalls his experience: "I distinctly remember the gates to the refugee camp. I'd never been in a place where there were armed guards to get in and out. We slept on stretchers in large halls where you were divided from the people next to you by a sheet hanging from the ceiling."

John became a Professor of Biomedical Science at the University of Newcastle and a world-renowned expert on brain development. Now retired, he has never forgotten his refugee experience.

"There are many children trapped in frightening, dangerous situations, just like I was, and need the help of generous Australians - just like my family and me were helped. By leaving a charitable bequest to Australia for UNHCR in my will, I'm ensuring refugees just like my family receive vital support in their time of need."

For M-J Wallace, 68, a former public relations executive who lives in the Huon Valley, Tasmania, seeing kids coping with cancer was poignant. Australia has one of the highest incidences of childhood cancer worldwide, with 600 kids diagnosed annually.

While living in Perth, M-J talked to many sick kids when she worked in the PR department of the Princess Margaret Hospital, now the Perth Children's Hospital. 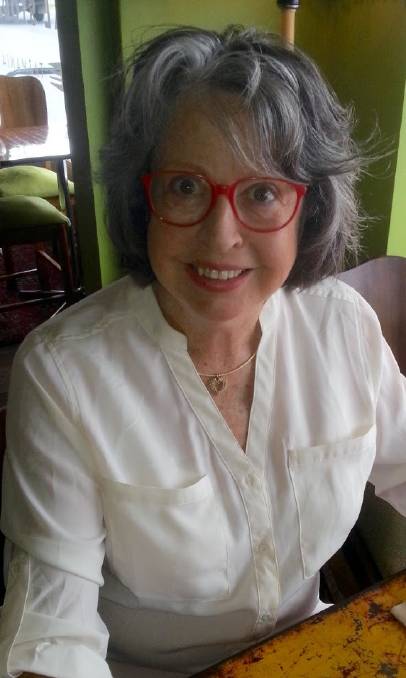 "I worked with kids in the cancer unit and their families. I heard their stories and wrote about them to build awareness of the hospital's work. Their stories were incredibly touching and humbling."

M-J became interested in the work of the Children's Leukaemia & Cancer Research Foundation (CLCRF), a small charity started by parents of kids with leukaemia operating since the early 1980s. They focus on research to find cures to beat childhood cancer.

"Before I met Andrea Alexander, their CEO, and talked to her about their work, I always thought medical research was a bit of a bottomless pit. You could wait for years to see results. But with CLCRF, I saw a small charity making amazing strides on the research front. Through them, we have seen, for example, that childhood leukaemia has gone way down in recent years. In my lifetime, I've witnessed medical research that's making a difference," she said.

"Fifty years ago, only 20 per cent of kids with cancer survived, but medical research has improved overall survival rates to 80 per cent on some cancers."

M-J is now leaving a gift in her will to CLCRF, hoping their work to find more cures for children's cancer lives on long after she's gone.

Written your will? If you haven't, Include a Charity is partnering with Safewill, a well-regarded online will-writing platform, to offer 50 per cent off writing your will during September. More info at www.includeacharity.com.au

This story Australians demonstrate will-power during Include a Charity Week first appeared on The Courier.