TWO people have been taken to Princess Alexandra Hospital after a two-vehicle crash at Cleveland this morning.

A Queensland Ambulance spokeswoman said a man involved in the crash had to be freed from his vehicle after emergency services arrived on scene.

She could not confirm the nature of his injuries but said he was in a stable condition when taken to hospital.

The second person involved in the crash, a woman, was reported to have sustained chest injuries.

She was also in a stable condition before when taken to hospital.

The crash occurred at the intersection of Shore Street West and Gordon Street this morning, with paramedics called to the scene about 9.35am.

EMERGENCY services have freed one person from a vehicle after a reported crash at the intersection of Shore Street West and Gordon Street this morning. 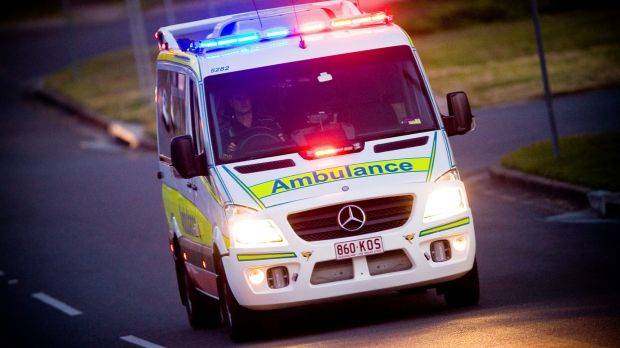 Paramedics were called to the scene about 9.35am after reports of a two-vehicle crash.

A Queensland Ambulance spokeswoman said one person had been freed from their vehicle and was being readied for transport to hospital.