It used to be that you could tell Christmas was coming by the number of ads for unneeded children's toys doubling on television, or by the changing window displays at the big department stores, or your shopping mall switching its playlist from Michael Bublé to Mariah Carey.

Nowadays, however, the surest sign that the silly season is approaching are the new themed lists appearing in your Netflix or Stan or Prime account, a list of the syrupy and saccharine loved-up B-list films that are difficult to find at other times of the year but are suddenly inescapable. 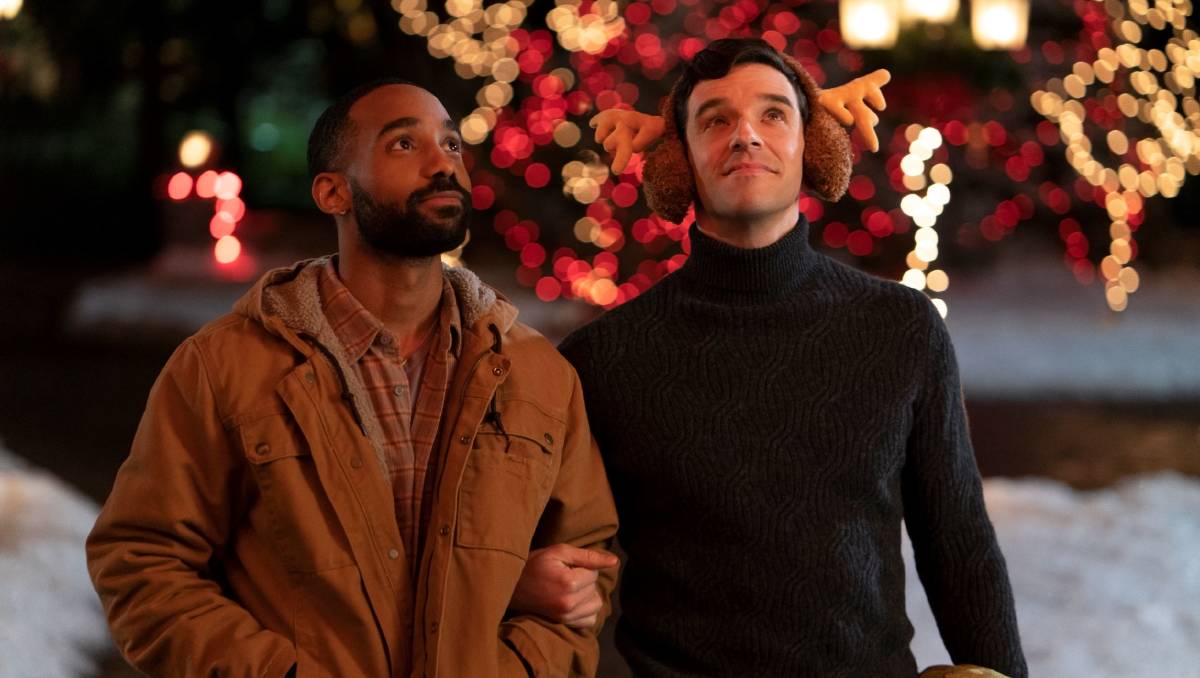 They're a fascinating genre, the Christmas romance - the Hollywood equivalent of superannuation. Just as our retired politicians keep the lights on with post-political jobs on the board of Macquarie Bank or as ambassador to London, former Hollywood stars pay the bills by appearing in Christmas movies.

They pay good money, they keep your name out in the public sphere, and they don't look like they take too long to film.

Brooke Shields headlines probably the bigger of the new Christmas romance titles hitting the streaming services this year. A Castle for Christmas stars Shields as a successful author who faces a public backlash when she kills off her personally hated but publicly loved character from her best-selling novels.

Yank Sophie (Shields) has always wanted to explore her late father's Scottish heritage and so heads to his childhood home town while the public furore dies down. She makes a few friends and she falls in love with the castle dear-old-dad played in as a child.

That castle comes with a ghost of a kind, the (very much alive) owner Lord Myles (The Princess Bride star Cary Elwes), with whom she immediately clashes. As with all Christmas films, one thing must lead to another and one former mega-star must couple up with another former mega-star.

A Castle for Christmas is directed by Mary Lambert, once the world's hottest music video director who courted controversy making Catholicism sexy in Madonna's Like a Prayer. Decades later she is still courting controversy, but this time it is for mixing tartans and for encouraging Elwes' brutal Scottish brogue. Cary Elwes, left and Brooke Shields in A Castle for Christmas. Picture: Netflix

These films are meant to reflect women's desires. I get that women probably desire, as with the wealthy character novelist Sophie, to have enough reserve cash to drop on a castle. We've all been on holidays and spent days daydreaming about throwing life back home in and moving into the cute former bank or church you see advertised in a real estate window in Beechworth or Mount Beauty, but is it healthy to feed these implausible scenarios.

You know your Christmas movie is going to be a cut above the rest when it has a pun in its title, and I genuinely enjoyed Single All the Way, probably the genuinely best-made of this year's Christmas romances. 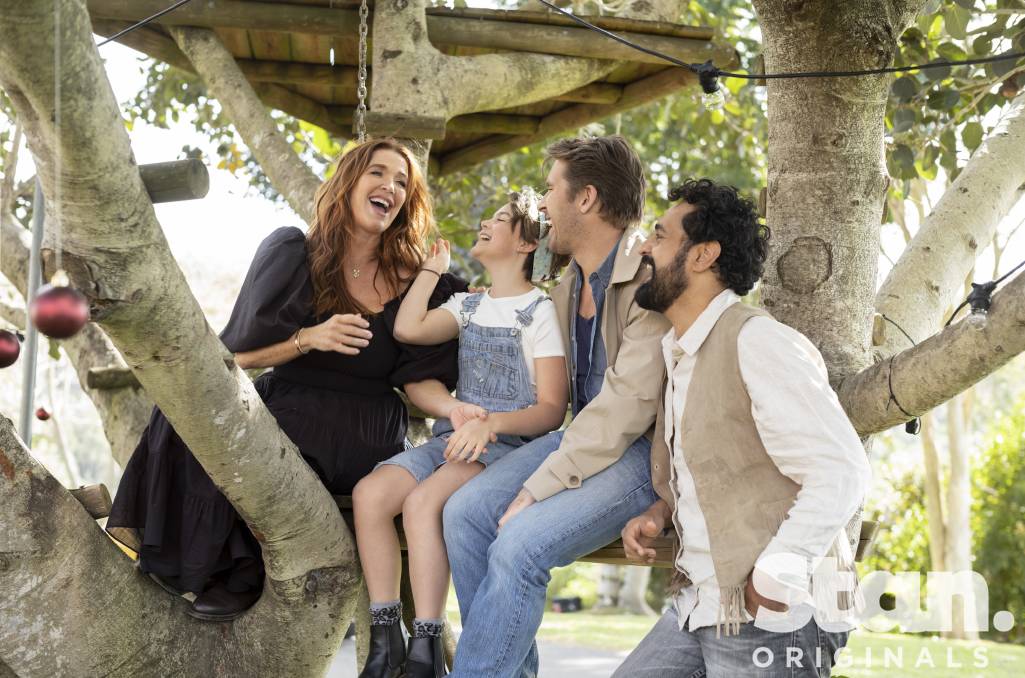 A merry scene from Christmas on the Farm. Picture: Stan

Single stars Mark Urie whose biggest role to date was as the catty office rival for America Ferrera in Ugly Betty. Here he is social media producer Peter who talks his Los Angeles flatmate Nick (Philemon Chambers) into playing his boyfriend on a trip home to see his parents (Barry Bostwick and Kathy Najimy) so they'll stop setting him up.

Of course, this Christmas mum finally picks a real Hemsworth to set him up with (Brothers and Sisters actor Lucas Macfarlane) which builds a nice implausible love triangle and, more importantly, continues the recent tradition of normalising queer characters on our screens. Single all the Way also has another scene-stealing knockout performance from a queer icon, the delicious Jennifer Coolidge, as Peter's lush of an aunt, a self-obsessed former Broadway hack, a great play on a usually-male character from Christmas films, the inappropriate but still loved family embarrassment.

Over on Stan, they're gifting subscribers this year with an all-new Australian glossy Christmas romance that has a lot in common with the previously mentioned Brooke Shields film. Christmas on the Farm stars Poppy Montgomery, an Aussie actress who made it reasonably big in the States in shows like Without a Trace and gets to use both her adopted American accent and her real one in this charmer about an American author who borrows her late mother's life story and publishes it as her own.

Author Emmy (Montgomery) has to jump on a plane to the Aussie countryside and pretend to be her own mother, a happily married farmer, when her publisher (Jeanette Cronin) drops in to check up on her surprise best-selling author. 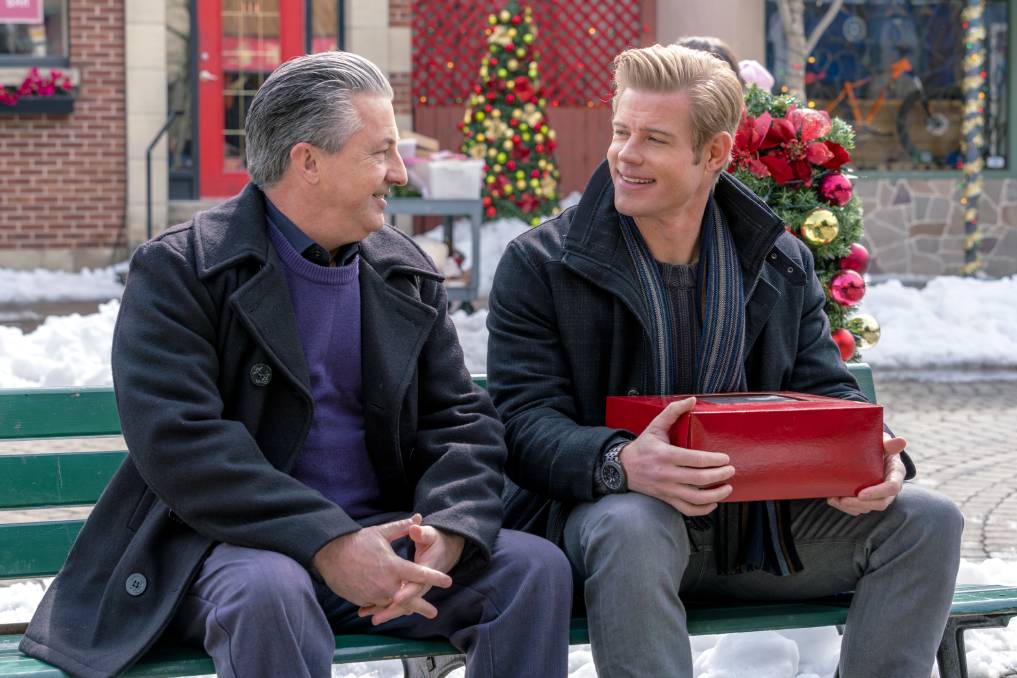 Keith Mackechnie, left, and Trevor Donovan in Marry Me at Christmas. Picture: Stan

Complicit in Emmy's Christmas drama is the gay couple David and Miles (Hugh Sheridan and Nicholas Brown) who give the New York writer a "make-down" in a play on that tried-and-true Pretty Woman fashion parade montage. The film teaches American audiences the delights of a hot Australian summer, like swatting flies away from your Christmas ham, and is a swirl of colour and romance in a familiar setting - less snow-covered conifers and more Byron Bay sun dress and straw hats. Eric Mabius, centre, in It's Beginning to Look a Lot Like Christmas. Picture: Stan

Stan probably out-baubles Netflix when it comes to subsidising the lifestyles of hard-working but no longer A-list performers in a range of new original Christmas titles this year, including singer Mya in My Favourite Christmas Melody, 90210's Trevor Donovan in Marry Me at Christmas, and Eric Mabius in It's Beginning to Look a Lot Like Christmas.

Amazon Prime comes the party, though much like recycling an unwanted gift as your Secret Santa, their offering is a handful of decade-old fare, the scariest of which is a title called Maggie's Christmas Miracle about a romance between a single mum and the tutor she hires for the kids. As an employer, all I can see is the workplace harassment complications. 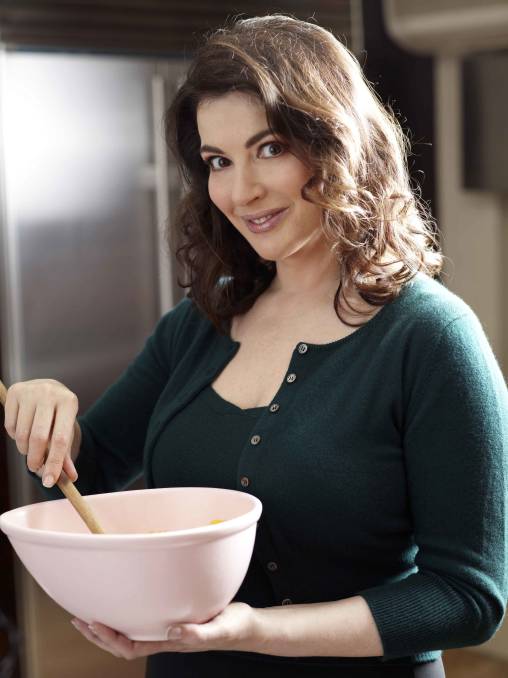 Nigella Lawson has Christmas specials on this year. Picture: Supplied

On Disney+ the Christmas specials include A Muppets Christmas: Letters to Santa, while the whole premise of the new Marvel series Hawkeye is that the arrow-shooting superhero needs to solve some drama and get home to his family before the holidays start. Disney also has the Christmassy-est Christmas film of all time, Die Hard. 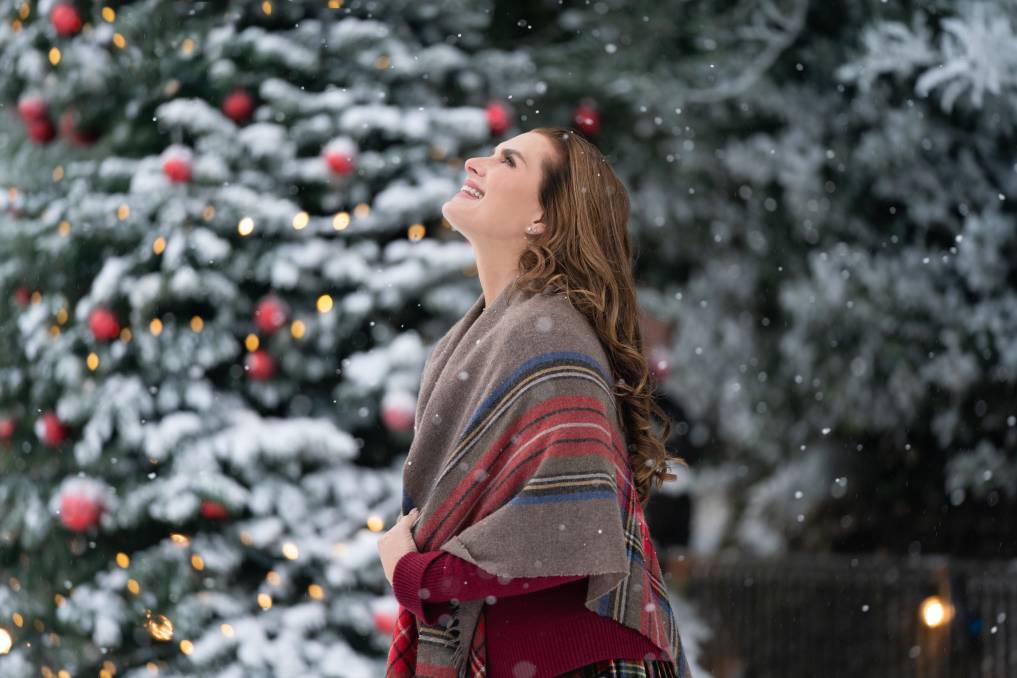 Brooke Shields in A Castle for Christmas. Picture: Netflix

This story Stream yourself a merry little Christmas first appeared on The Canberra Times.