The body of a nine-year-old girl has been found stuffed in a barrel and dumped in NSW bushland a week after she disappeared.

Police believe the girl - who cannot legally be named - was murdered two days before she was reported missing on Friday morning, while holidaying with family at Wildenstein Private Gardens in the Blue Mountains.

More than 100 police and emergency personnel - including dog units, homicide detectives, rescue choppers and volunteers from the SES and Rural Fire Service - scoured the Mt Wilson area for five days.

But on Tuesday, thanks to analysis of CCTV and GPS data, police identified a "location that was of suspicion" and found the body of a child in a barrel near the Colo River.

The child is yet to be formally identified, but shortly after the grim discovery police charged a 31-year-old man with murder. 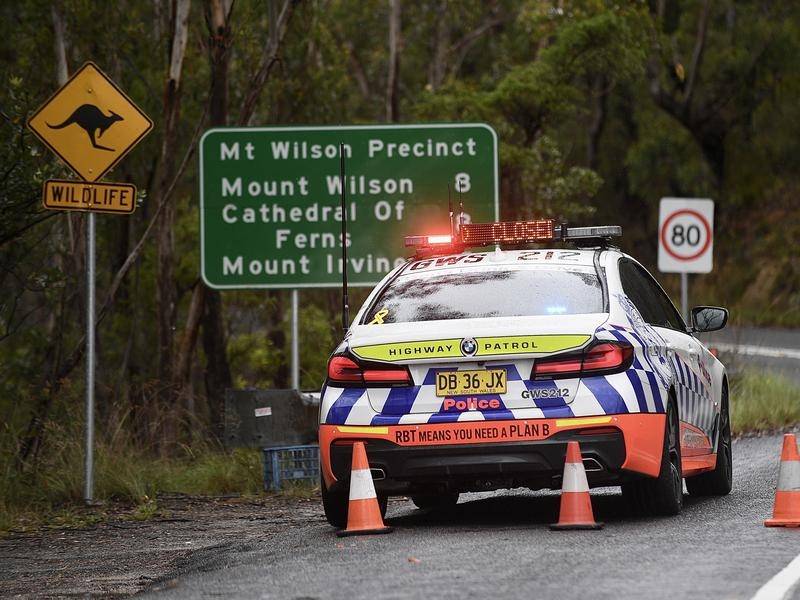 A man has been charged with the murder of a girl who disappeared from the NSW Blue Mountains.

At a press conference on Wednesday, police said Stein became the focus of their investigation after "inconsistencies" in his story appeared.

"Those movements included on Thursday afternoon - after a number of telephone conversations with a girl's mother - to purchase a number of 20kg sandbags from a hardware store, to fuel a boat, and then try and float that boat... at one of the docks in inner Sydney," Deputy Commissioner David Hudson said.

When that was unsuccessful, police tracked the man back to the area the girl's body was eventually found.

Police hope to speak with the girl's mother - who is receiving health care - but say there isn't any evidence to suggest Stein had an accomplice.

Investigations are ongoing, with police yet to determine how the girl died and any motive for her murder.

Dep Com David Hudson said the case is as awful as it gets.

"We start off these searches with a lot of hope but, unfortunately, we always have in the back of our minds the worst," he said.

"It's been a very difficult search for those involved."

"I can't imagine what the parents and their community have been going through," he told reporters.

"You hope for the best, you pray for it, but it doesn't always occur, (and) my thoughts and prayers frankly are with the family today."

NSW law prevents the public identification of children who are victims of crime.